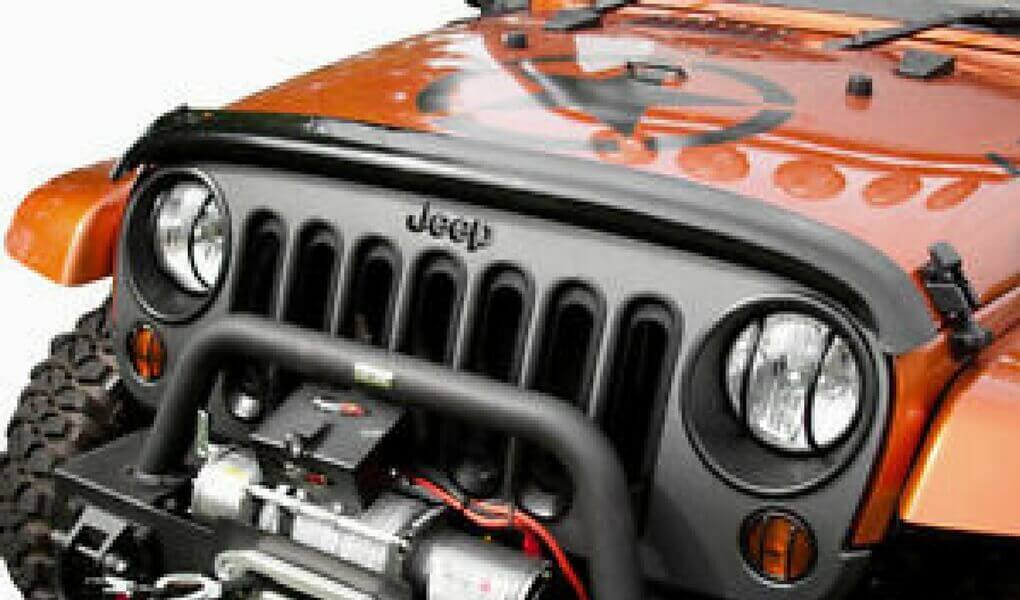 What are bug deflectors and how are they helpful?

The efficacy of bug deflectors as a car are accessory has been well-debated in the car industry. As the name implies, bug deflectors literally deflects bugs from splattering into the car’s windshield. They are primarily useful in long trips along areas where insects thrive. Thus, they are usually seen as car protection accessories for cars used in long drives and extreme road trips such as minivans, SUVs and trucks like the Jeep Wrangler.

Contrary to what other people think, bug deflectors are pretty useful because of simple aerodynamics. When in full car motion, bug deflectors basically deflect the air hitting the windshield thus, either pushing off the bugs or push them over on top of the windshield. According to Team BHP, bug deflectors are important because insect blotches cannot easily be cleaned using car spray and wipers. It requires long scrubbing and doing that is truly time consuming. Not only do they deflect insects but rogue stones too. It is also a beneficial accessory in preventing rainwater in sneaking through the window by filtering it away from the entry point. It can also deflect heavy winds as the car is driven in full motion.

Bug deflectors also come in different types. The first type is the tape-on deflector which are technically taped using a 3M automotive grade double-sided foam tape. Its foam core allows the tape to take the shape of the surface and allows expansion and contraction when temperature fluctuates so it does not really experience shape irregularities. Installing them only requires sticking and peeling them off.

Another type is the bolt-on deflector which is installed in screws or brackets shaped in sleeves which fits underneath the hood. There is also the low-profile deflector or also called as off the hood deflectors, which are designed to be attached to the hood in a form-fitting way to match the car’s contour. And lastly, there is the standard-profile deflector which are positioned farther from the hood panel, warding off bigger bugs in an angled profile.

New models of bug deflectors are now custom fit for specific cars following the normal curvature of the car model. They can be very effective for their purpose and can even add extra aesthetics to the overall appearance of the car. For Jeep Wrangler and big car owners, here is a list of the best bug deflector that we highly recommend.

This bug deflector is a scratch resistant hood and windshield protector from bugs, small stones and debris. It is easy to install and it can fit 2007-2018 Jeep Wrangler models. It is made from acrylic with a black matte finish that gives an extra stylistic edge to your Wrangler.

It is a tape-on deflector so all you need to do in installing it is stick and peel. In some wrangler models, minor drilling might be required. It has a limited five year warranty so check the manuals and look for informative guides before installing. You can check helpful sites regarding this through the Rugged Ridge site, in Amazon or through this video.

The WeatherTech bug deflector is a tape-on deflector using 3M auto-adhesives and fasteners. It is basically made from aerospace-grade dark smoke acrylic. Aside from deflecting rogue stones, and debris, it also deflects harmful air-borne particles that can damage the car’s hood and windshield.

Its main feature is its aerospace-grade acrylic which is specially designed to be virtually indestructible from scratches, warping and scratches. It is custom fitted to the contours of your jeep wrangler and adds a rugged appearance to your wrangler.

If you need further descriptions, watch this video:

f you need further installation procedures, you can view this other video:

The 11350.02 smoked bug deflector or Rugged Ridge offers the same benefits and a limited 5-year warranty as the Rugged Ridge matte black. The stark difference between them however, is that the smoked bug deflector adds a scratch resistant smoked OEM style finish. This means that the deflector not only push off bugs and stone chips but also protects the car by channelling rain around the car window while still allowing air to flow in.

It is a shatter resistant tape-on deflector that may require minor drilling for some Jeep Wrangler models. Each shield attaches to the hood using 3M automotive-grade adhesive or by using an optional screw to be used underneath the hood. To withstand heavy wind pressure, it is optional for you to use an enclosed self-taping screw.

It is compatible with 2007-2018 Jeep Wrangler models. A step by step installation procedure is available in this video:

The AUTEX hood shield can fit 2007-2017 Jeep Wrangler models crafted from durable and impact modified acrylic with a dark smoke tint finish. Its protection extends from the hood, windshield up to the fenders veering off flying objects, stones and debris.

It is a low-profile deflector with a wraparound design which minimizes wind resistance consequently boosting fuel economy. It can be installed using a 3M auto-grade tape and fasteners. Overall, it gives a sleek appearance to your Jeep Wrangler.

Before buying any bug deflector, make sure that the part numbers of your jeep wrangler matches exactly the model you are buying. If you are unsure of anything, we recommend that you visit relevant automotive websites and videos for information regarding key specifications, pros and cons, price ranges, and instalment procedures.

Bug deflectors are important car protection accessories whether the general population admit it or not. It gives extra defence from uncontrolled environmental elements and elevate car aesthetics at an overall level. Because of these, bug deflectors make a good investment that must be considered and further explored.

Why Does My Car Shake When I Accelerate – Here’s The Real Reason.