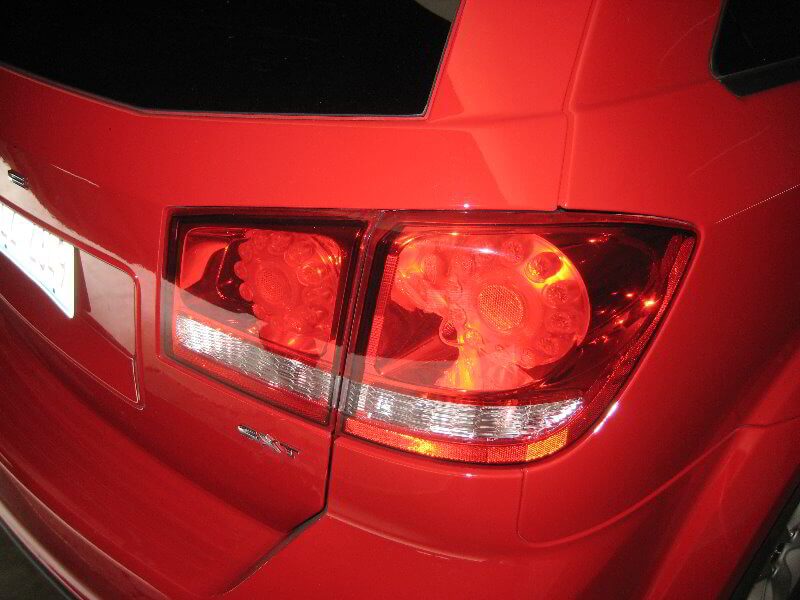 Over the years, LED lighting technology has become significantly cheaper. This is why manufacturers are now making it the new standard of lights for household and automotive use, the same way fluorescent bulbs replaced incandescent bulbs back in the way. They’re not just for Christmas lights any longer.

Here are the top 4 LED reverse light bulbs on Amazon.

​The AUXITO LED Reverse Light Bulbs come in a pack of 2 that is a little over 10 bucks. It has a decent rating in Amazon. It is 6,000K and 1,000 lumens in brightness. It also works with 912 and 921 15-SMD chipsets. More often than not, these bulbs are brighter than the original reverse light bulbs that came with your vehicle. It’s like a spotlight from behind your car and works best in dark or dimly lit alleys when you’re backing up.

Additionally, it’s CAN-Bus error-free when installed for most vehicles with computers included. Be careful when installing them too tight because they won’t come on. What’s more, it’s not compatible with Chevy Malibu vehicles. Finally, there are some units that are defective and lasted for only under a year.

​The JDM ASTAR has a slight advantage against the AUXITO in terms of user ratings, which might explain why it’s more expensive. However, AUXITO might have a lower rating because more than 1,000 users have already reviewed it while only about 600 users have reviewed JDM ASTAR in contrast. This xenon white light bulb boasts of 921 and 912 90-EX chipset compatibility and a 360-degree shine by design. This is because the replacement bulbs are 30% longer than the originals.

It also offers 2,000 lumens of raw brightness (1,000 lumens per bulb), so has the same output as the AUXITO. It remains an amazing upgrade to almost any OEM reverse light bulb, but there are still complaints by customers in terms of its design and how the bulb doesn’t stay on its socket after closing the trunk or a slight bump as well as poor fitment.

The JDM ASTAR 1,200 Lumens Extremely Bright LED Bulbs package works for 144-EX chipsets and includes a projector for good measure, which might explain its price. Each bulb has a brightness of 1,200 lumens, which means when combined you get 2,400 lumens of raw brightness from your rear. It’s easy to place them and there are no complaints of finicky placement or bad design compared to the 1,000-lumen-per-bulb version of the JDM ASTAR.

Made by the same company that developed the previous light bulb entry, it is somehow lower rated compared to its dimmer light bulb counterpart because of complaints of burnout within 6 weeks. Most egregious is its price. It is more expensive than JDM ASTAR 1,000 lumens just to get the extra 200 lumens.

The LUYED Backup Reserve Lights has 1,550 lumens per bulb and the raw xenon-white brightness of 3,100 lumens or the brightest bulbs on this list. What’s even more amazing is that despite this fact, it costs even cheaper than the AUXITO LED light bulbs. It also works for 921 and 3030 24-EX chipsets and has a CAN-Bus error-free controller built into it. However, it got complaints on how some units only lasted 6 months.

With that said, how should you go about finding the best LED reverse light bulbs?

What to Look for in Terms of LED Reverse Light Bulbs

Even though LED headlight bulbs remain the most common upgrade because of the importance of forward visibility, reverse light bulbs are also in demand when you’re in need to back and park or maneuver your car out of tight spaces. Making your reverse lights more visible is also handy in making it safer for those behind you to traverse the road without rear ending you.

It’s an upgrade that makes great sense in terms of safety and convenience. With that in mind, here are the things you should be on the look out when shopping for LED reverse light bulbs on the Internet or through brick-and-mortar auto parts shops.

Nearly all of them have issues in quality control and light burnout. In the end, the LUYED 1,550 Lumens Light Bulbs package wins because it’s the product with the fewest downsides and the most cost-effective value. It has the most lumens for your buck.